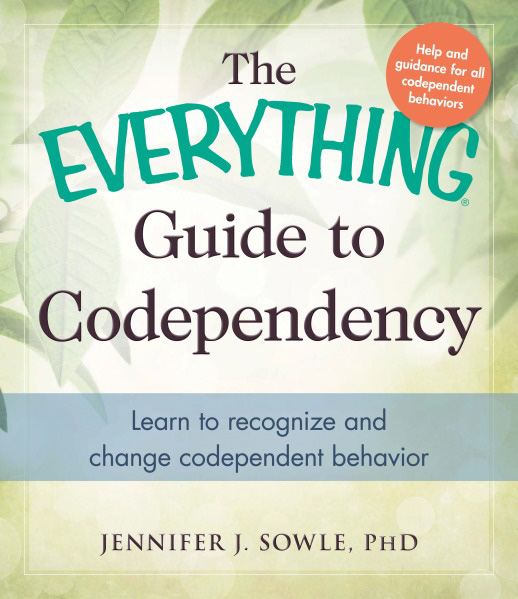 where do you end and i begin?

sometimes codependency-signs can be subtle. the joke goes something like this: When his wife sneezes, the  codependent says 'excuse me'.

The codependent is a person who always seems to have his antenna up trying to figure out what everybody else is feeling and thinking.  he has great difficulty identifying the emotional line that exists between two people.

One of the signs of codependency is that if you ask a codependent what she wants, she simply has no idea.  she is way too busy trying to figure out what somebody else wants.

Underneath the caretaker role, individuals with codependency are some of the angriest people you will ever meet.  Why?  Because they are busy trying to get somebody else to change and it never works! 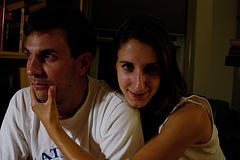 The term "codependency" emerged from the Alcohol Treatment literature to describe a person who is in a relationship  with an alcoholic, and is co-dependent with the addict  In that context; she is the person who counts drinks, makes excuses, and is hypervigilent of the alcoholic's moods in an attempt to gain some control over something they have no control over. . . . the alcoholic's drinking. to learn more about the history of codependency, see The everything guide to Codependency,  Adams media, july 18 2014 release.

more recently, the term "codependent" has come to mean any person who focuses on another person in order to gain some kind of control.  For example, the person who lives with a violent man watches him to assess his moods, walks on eggshells to keep upsetting things away from him, watches what she says so he won't get mad, etc.

A codependent boyfriend might keep his needs to himself. He doesn't voice an opinion until he sees what his girlfriend believes, so he won't come into conflict with her.

Codependents are caretakers, but they are frustrated caretakers.  They get their sense of worth from others doing what the codependent thinks they should do.  their identity is directly tied to an "ego mirror", usually their significant other., who must always reflect the codependent as a perfect person.

Codependents are all about control.  Remember, the "helper" is always in the power position. It's hard for a codependent to hear that their "help" and concern is really a way to control people.

Helping someone explore the codependency signs and the need for control is essential in breaking the pattern of codependency.

Codependents come by their behavior honestly . . . they usually come from a background where things were out of control.  Maybe they grew up in an alcoholic family, or in a family where parents were angry and fighting all the time, or they were victims of sexual abuse, emotional abuse, or violence. Or they were harshly criticized  or ridiculed and made to feel small.

There are reasons why codependents need to feel safe. Codependency starts out as a self-protection.  As children, perhaps the only defense they had against abuse was keeping an eye out for trouble, becoming invisible, or becoming the "little helper."

In the safe environment of therapy, codependents can realize that their self protective behavior is no longer needed.  They begin to see that their value doesn't come from doing; that they have value just for being. 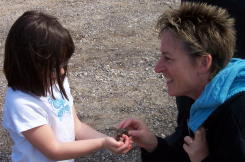 see if you have any of these

Feel most comfortable when you are giving.

end up with needy people to take care of.

Try to please others above yourself and resent it later.

Have an overdeveloped sense of responsibility.

Feel anxiety, pity, or guilt when other people have a problem.

Wonder why people don't do for you.

are shocked at another's rudeness or selfishness.

Try to be all things to all people all the time,

Have difficulty saying "no" and/or setting boundaries.

Feel worthy and valued when you are in a crisis.

Seek out chaos and then complain about it.

Get angry when somebody refuses Your help or doesn't take your advice.

become self-righteous with phrases like "I would NEVER do that . . . ."

Have self-blame and put themselves down.

Must be in control at all times.

mistake codependency as love and caring.

When you become aware you need to set a limit with someone, do it clearly, without anger and with as few words as possible.

You cannot simultaneously set a boundary (a limit) and take care of another person's feelings.

Anger, resentment, rage, complaining, and whining are indications of  boundaries you need to set.

you will be tested when you set boundaries.

Be prepared to follow through by acting in congruence with the boundary.

See Advice About Codependency in the Ask Dr. J. Archives